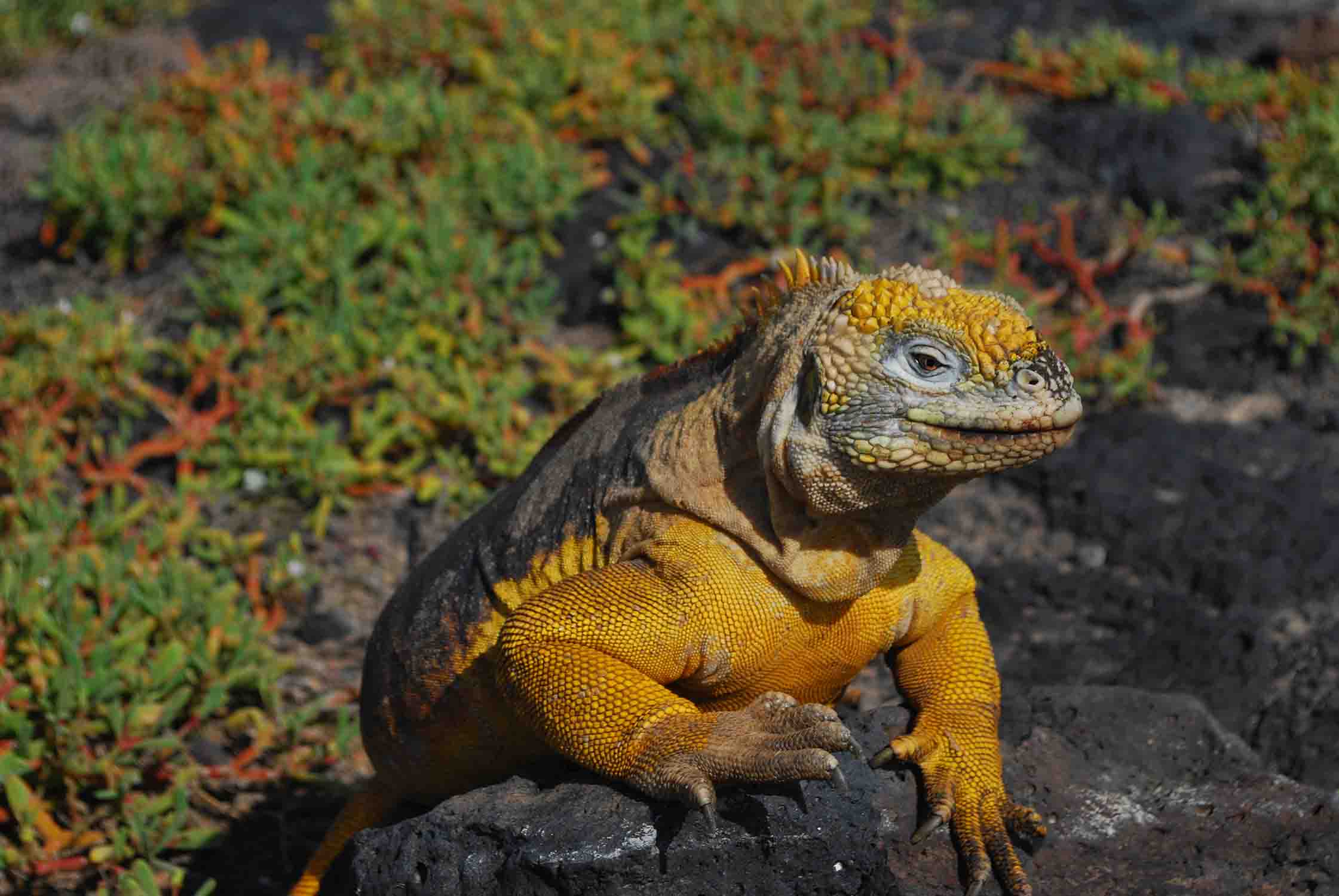 The Galapagos land-iguana, which is a Galapagos species, is making a comeback to Santiago Island. Conservationists claim that the species is beginning to show signs of being successfully restored.

With some assistance from conservationists, an endangered species of iguana is making a comeback on one the Galapagos Islands.

Charles Darwin was the first person to spot a Galapagos iguana at Santiago Island in Ecuador. He did so in 1835. The iguanas weren't found by an expedition from California in 1906.

Even though the iguana species can still be found in other Galapagos Islands Islands it's thought that it has been extinct on Santiago for at least 187 years.

To explore Santiago Island we invite you to join the Elite Catamaran B itinerary which cruises the East / Central islands of the Galapagos archipelago:

A team made up of scientists and park staff discovered new lizards at different ages on the island in July. This suggests that the species is being successfully reintroduced. Jorge Carrion (director of conservation at Galapagos conservancy), said that the ecosystem is now thriving.

He explained that the evidence is in all the details. Iguanas can breed in natural environments by seeing different ages of lizards and finding unmarked specimens. 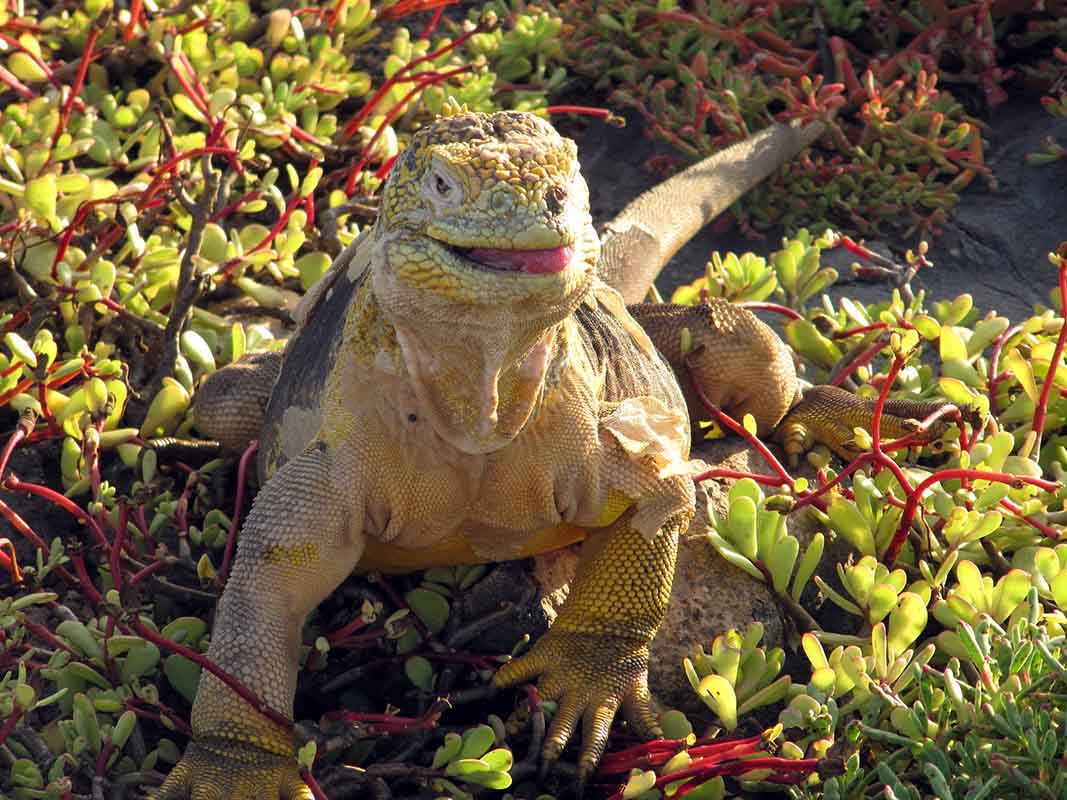 Carrion, before joining Galapagos Conservancy was employed at the Galapagos National Park Directorate. They are the island's caretakers and managers of their ecosystems. The GNPD also oversees the iguana reintroduction projects, with funding and assistance provided by the Conservancy.

He explained that since January 2019, the collaborative had released over 3,000 land Iguanas.

After carefully considering how the species' return would affect the ecosystem, conservationists decided on a reintroduction of the land Iguana. These lizards are known as an engineer species, similar to the Galapagos great tortoise. They play a crucial role in maintaining healthy ecosystem balance.

Carrion explained how the Galapagos Islands' primary herbivores were the land tortoises and land iguanas. Their actions spread seeds and helped to model the plant communities. Their movements create open spaces for other animals, too.

Carrion stated that these species are essential for the ecosystem. "In this case, it was the reason for the reintroduction and restoration of land iguanas. To [return] the natural dynamics to Santiago Island. If engineer species are absent, there can be many imbalances in the ecosystem.

Officials are watching the iguanas. The have found and inspected the populations for new lizards.

What caused the extinctions of the iguanas

The Galapagos' land iguanas are believed to have been decimated by invasive species like feral pigs cats goats donkeys, feral pigs, feral pigs, feral cats and feral cats. These unwelcomed creatures were introduced to Santiago Island by whalers. They caused havoc in the ecosystem and destroyed many plants. Some even ate the Iguanas.

Before the iguanas can be reintroduced, scientists had to clear the island of nonnative animals. This was achieved through Project Isabela at the Galapagos Conservancy. It was completed in 2006.

Carrion shared that he and his colleagues feel they have learned an important lesson with the reintroductions land iguanas. It is possible to restore the ecosystem's natural dynamic if you remove the cause of ecological disturbance (in this case the invasive species).

Galapagos Islands ecosystems house some of the most amazing animals and plants on earth. According to The Conservancy, Darwin and his 1835 expedition made the islands famous. This led to Darwin's theory of evolution by natural Selection.